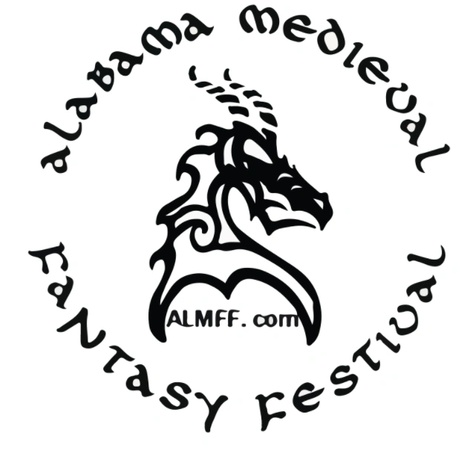 What would be a modern Sheriff. Usually the chief peace officer of a county. The modern office of sheriff in the United States descends from a one-thousand-year-old English tradition: a “shire-reeve” (shire-keeper) is the oldest appointment of the English crown. Originally in Anglo-Saxon England the reeve was a senior official with local responsibilities under the Crown, e.g., as the chief magistrate of a town or shire. In our fair Kingdom the Sheriff and guild keep the peace, are on watch for mischief or theft, and are the first eyes and ears for law enforcement in the kingdom. They make certain that all weapons are peace tied and that our kingdom is a safe and joyful place to play. Our Lord High Sheriff will make your acquaintance at the opening ceremony and can be found in the kingdom all day.

Arachna’s guild takes its name from Arachna, turned into a spider by the goddess Athene with the words “may you weave your webs forevermore”. Members of the guild take up that challenge as we maintain not only the Kingdom website but also the myriad pieces that make up the Kingdom social media presence.

Since oral tradition began there have been entertainers, storytellers, bards, dancers, magicians, and musicians. All of these expressed the stories and often histories of their region through their art. In sixteenth-century Italy, Commedia Del Arte was born. It originally was the name of the style. Commedia dell Arte. Which translates to mean actors guild.

The style portrayed was with stock characters garbed in fancy attire and masked. This allowed the generally uneducated populace to guess and understand the type of character portrayed. Movements were generally very stylized to further bring out character traits. Since many could not read or write the”script” was a general story for the actors to follow. Many actors were cast in similar types of roles. This is where the term “type cast” came from. Generally, if you were cast as the villain you were always the villain. As it grew more popular the tradition of improvisation was added. In this way, the actors were able to contribute to and enhance the audience enjoyment of the story.

One unique aspect little known to most is that women and men were incorporated equally versus Shakespeare who never allowed women on the stage. Carrying on a unique blend of this style and our own flair the traveling company Commedia Del Arte is almost all women.

Greetings and welcome to the Ambassadors Guild! I am Ambassador Guild Mistress, Lady Adelaide, the kingdom’s volunteer steward. We would like to welcome you and encourage you to become a volunteer. Joining our kingdom will bring you glad tidings and new friendships. We accept all types of knights, warriors, lords, ladies, merchants, and serfs. The Kingdom of Dragon Croft is built on the virtues of acceptance and hard work.

If you are interested in volunteering, please fill out a volunteer form and return it to us.  Enjoy the rewards and benefits of becoming a volunteer and the long-lasting friendships that you will find within our merry kingdom.